You are here: Home / Homesteading / Socialism vs Democracy: Which One?

Socialism vs democracy. I felt that knowing the difference between democracy and socialism falls in line with survival prepping. With the hostile political environment, we find ourselves living in, knowing the facts is our best defense.

Socialism vs. Democracy: The Short Definition

When it comes to socialism vs democracy you cannot compare the two. This is like comparing an orange to a turnip because they are two different things. A democracy is a political ideology while socialism is an economic system.

To dig a little deeper, these hot button items break out this way:

Socialism: An economic system, socialism involves the way a society produces and distributes its goods and services.

Democracy: Being a democracy means it’s a political system comprised of the institutions that make up a government and governs how it works.

However, even with their differences, democracy and socialism have the commonality of working towards society’s goals.

Socialism vs Democracy: The Longer Definition

Now that I’ve given you the basic definition and comparison of socialism and democracy, let’s dig a little deeper.

First of all, it’s interesting to note that many Americans don’t have a complete understanding of what socialism means. With the renewed use of this term by our politicians, the term gets used frequently and sometimes, incorrectly.

Socialism emphasizes the collective ownership of production resources. With collective ownership, the state or worker’s council speak for the society as a whole on how resources are controlled. Even though this sounds like a balanced system for managing society’s resources, it’s not. Society member equality becomes compromised depending on the type of socialism adopted. With the most socialistic society, the rights of citizens are anything but equal especially with representation and holding political office.

Some equate socialism to communism. In some ways, the comparison seems extreme, but there are similarities. Both political theories rely on transferring all power from individual citizens to the state. All socialistic governments ruin the incentive to work which only causes them to take things away.

I think our 38th President, Gerald Ford, summed it up best:

I believe human nature tends to lead us to cheer on politicians making fantastic promises that never work out. These same politicians quickly point out our system flaws that create unimaginable opportunity and wealth. However, I think we can all become a little wiser by looking at all angles of every position.

Another term used freely in today’s political stream is nationalist. For me, this is a misused term that needs to tone down. Author C.S. Lewis, I think, had a good grasp of nationalism’s meaning:

“Nationalism, in its demonic form, leads to a false illusion of self and illusionary reflection always leads to an us. vs them. mentality that seeks to “purify” both the individual and the society and it accomplishes this through a false narrative of altruism.”

If you want to read more about C.S. Lewis’ writings on nationalism, here is a good article on this topic.

In a democratic society, the political system promotes an individual’s right to self-development through freedom and equal rights. The people either govern directly or elect officials to govern their society.

In some countries employing a democracy, some members of society, like the underprivileged, can’t participate in the political process. Powerful special interest groups have the money and influence to economically exploit the lower classes. These groups use their wealth and position to control and sometimes corrupt a political system, manipulating it to their advantage.

Socialism and democracy differ in various ways. A society can run extreme, either way, becoming capitalist, extreme socialist, or somewhere in between. When referring to politics, a society may adopt democracy, dictatorship or a combination of the two.

There is a general agreement among the experts that the best political and economic combinations recognize both ideologies. A society that recognizes and adapts a balance of individual freedoms and rights with social cooperation.

Socialism vs Democracy: How It Affects the People

Now that you know the basic differences between socialism and democracy, you must determine how each affects your lifestyle. With this thought in mind, here is a list of the pros and cons of each.

As you can see, each political system style has its pros and cons and affects family survival preparedness. Depending on what we choose, we can lose some of our basic rights, face higher costs, and deal with corrupt government officials. By knowing what each system involves, the prepper becomes armed for making an informed voting decision during elections. 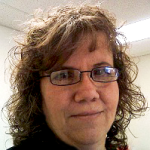 This site uses Akismet to reduce spam. Learn how your comment data is processed.

Living Off the Land Manual

I am a participant in the Amazon Services LLC Associates Program, As an Amazon Associate I earn from qualifying purchases.

Any cookies that may not be particularly necessary for the website to function and is used specifically to collect user personal data via analytics, ads, other embedded contents are termed as non-necessary cookies. It is mandatory to procure user consent prior to running these cookies on your website.